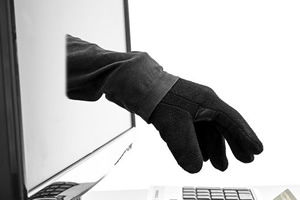 We are all aware that there are plenty of unscrupulous people out there happy to try and con us out of our hard earned cash. The most commonly known computer scam is 'technicians' claiming to work for Microsoft, calling and telling us that there is a problem with our computer. They then proceed to talk you through some steps on your computer which ends up with them infecting it with a virus and then can only be removed if you hand over some cash.

It seems that the scammers have a new trick.

One of our customers recently contacted us to ask about their domain name.

Apparently someone had called them to say that their domain name was about to expire and they needed to pay some money to ensure that the domain name was renewed and secured.

Thankfully the customer had their suspicions. They told the scammer that we looked after their domain so they hung up the phone and then contacted us immediately to check what was going on.

We double checked that we had in fact registered their domain name for them, that it was not due to expire for some time and was safely still registered to us.

Luckily the customer was suspicious but it's a good reminder that the scammers must do these things because some people do fall for it. There could have been serious consequences if they had lost their domain name or if the scammers had held it hostage, perhaps not releasing it until the company handed over hundreds of pounds.

We're a small team who support hundreds of web sites, small and large, across the UK and beyond.

We love, web sites, SEO and helping your business grow.

For support, please e-mail support@hostingmatters.co.uk use our live chat facility or call us on 01227 656451.

If you have any questions or are having problems, just get in touch.

Use our 'Contact Us' page to e-mail us or talk to us on live chat about any queries that you may have or any support issues.


"Without a doubt the most professional and outstanding customer service out there. Buy with confidence."